Saturday Night I went to a  New Year’s Eve party that consisted of a few families and some singles. It was a nice small gathering, and there were people there that I’d been missing as well as some I’d wanted to get to know better.

In this party we played a guessing game in which each person writes down a name that is not their own, and others have to guess which name they have written.  The lead reads the list of names twice, and the game begins.  The first person guesses. “Ralph, are you Pharoah?” someone might say.  And Ralph might respond, “No.” or “Yes.” If Ralph is Pharoah, the person who asked gets Ralph on their team and gets to guess someone else. If Ralph isn’t Pharoah, Ralph has a turn to guess. A team can consult with members. It proceeds until every name has been assigned to it’s rightful owner.

In the room there was a child who must have been three. He was all smiles and bright eyes, eager and very capable of connection and fun, and he was very interested in the game.  “I want to play,” he kept saying, and so he got to “play,” so to speak.   He hadn’t written on a paper of his own, and he didn’t even remember the names that the leader had read from the papers,  but when there was an opening he would ask a question such as, “Maddie, are you Santa?”  or “Dad, are 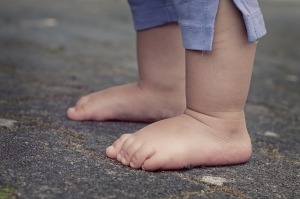 you the window?” and he had an amazing time.  Sometimes someone would ask him, “Peter, are you Superman?” And he would smile big and respond.  He was charming.

The boy only played according to what he understood, and technically,  he didn’t play by the rules. He did a great job, but he didn’t play right.  Yet he didn’t worry about that. It didn’t even cross his mind. He just played.

Wouldn’t it be wonderful if more of us could be like that, I remember thinking, if I could be more like that. We just jump in and play and enjoy the experience. We don’t worry so much about doing it right or perfectly. We participate. We LIVE.

I was speaking earlier with some people about the hindrance perfectionism can be. Yes, excellent quality is good. Artistry and Mastery are good (the little boy was attempting mastery too). But  we cannot be precisely right in every little thing we do. It is impossible to be impeccable with every little detail of our existence. And many times it hinders our creativity and our life to insist upon it; it paralyzes us into inaction. This is why I love November National Novel Writing Month. We are encouraged to just write, and to edit later. So many amazing gems come out that way that would have been stifled by perfectionism. But there are many other ways to get this balance.

And then  I saw this three year old simply dive in and live.  The scene is worth meditating on.  Sometimes, it really is best to become like little children.

May your day be blessed.